This video, by Jason Levine of Adobe, explores the Essential Sound panel in Premiere Pro. For filmmakers who don’t have the technical audio skills of a Hollywood mixer, this panel offers an easier way to get professional results.

I’ve always found that it’s difficult to explain to students the concepts of dynamic processors, equalizers, and other sound tools and techniques that take production and postproduction audio into the real world of cinema. There is so much to learn and yet this extremely important area of video and film is often neglected if not ignored.

You can’t be fully successful if you aren’t fully invested in the entire process. Unless you’re climbing into a time machine to go back and make silent films you better figure out the sound side of picture. The best story and cinematography will not save a project where the sound is an after-thought.

And, yet, many film instructors, producers, directors, and editors still shrug off this advice. There is an arrogance to the art of visualizing story through a lens and in an edit bay – a club in which the masters of light, color, set design, costume, and emotion somehow reject the ears and palpable thumping of one’s very soul with the pressure of sound.

“But ours is a dialogue-driven drama,” say some. “It’s a documentary, not an action flick,” say others.

Is someone talking? Is there an ambiance? Emotion? Interaction? Then there is no excuse to take it lightly, regardless of genre.

So, for the film student and enthusiast seeking to be better than average, Adobe Premiere has provided easy buttons in their Essential Sound panel that will make sense to the novice and intermediate editor. Spend the 12-minutes with Jason and increase the quality of your work instantly. 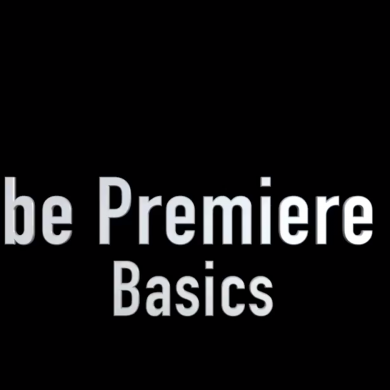